Learn how to change spaces in your home by starting small. Get the guide to find out! 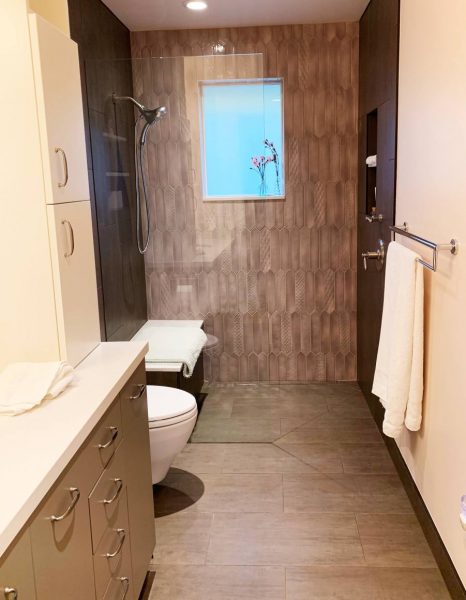 Sometimes a 1950’s pink bathroom has got to be updated. But what if your client likes the pink color?  Then she gets to keep the pink color!  And we are going to make it last for the next 70 years!

The client wanted lots of counter space, in-bathroom storage and an easy to access shower.

We kept the same foot print, except for removing a hall closet that infringed into the space which is a very common arrangement in older Seattle bathrooms.  The following space saving features were added; a wall mount toilet, a zero threshold walk-in shower with linear drain, several storage niches, a hand held shower and toilet paper holder and towel holders that also double as grab bars.

We made sure to position the shower controls at the entry of the shower and away from the shower head so that it can be turned on without getting wet.  The controls are also set for a specific temperature to prevent having to adjust the water temperature each time.  Because there is no threshold for the shower there is no barrier to entry including for wheeled devices if that were to become necessary.  The wall mounted sink faucet has lever handles which are much easier to turn as they require less gripping and strength to operate.

And of course the floors are heated!  Some think heated tile floors are a luxury but in reality they keep the floor drier to prevent slips and they help keep the air drier in the bathroom (you still need a fan!) which prevents the growth of mold and mildew in such a wet space. We were able to re-use the existing fan/heat lamp combo and replaced a window that had rot in the wall.

The floor and field tiles, along with the base molding, are all porcelain (Statements 12×24 Modern in Olive) which is durable and the least absorptive tile.  They work great for these wet spaces especially when taken all the way to the ceiling.  And of course…the walls are pink.  Sherwin Williams “Intimate White”, despite its name, is actually pink. 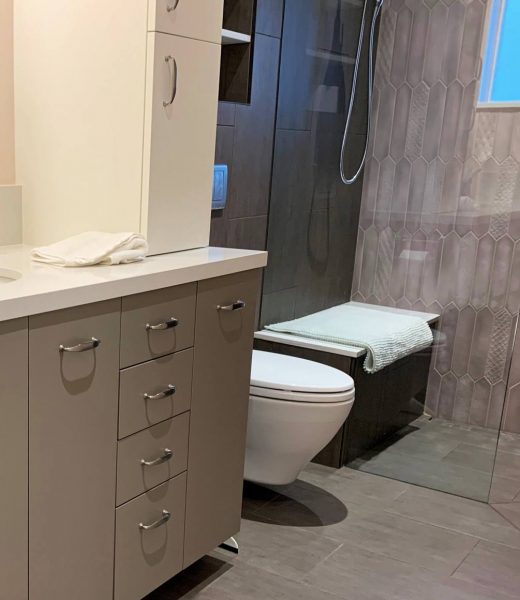 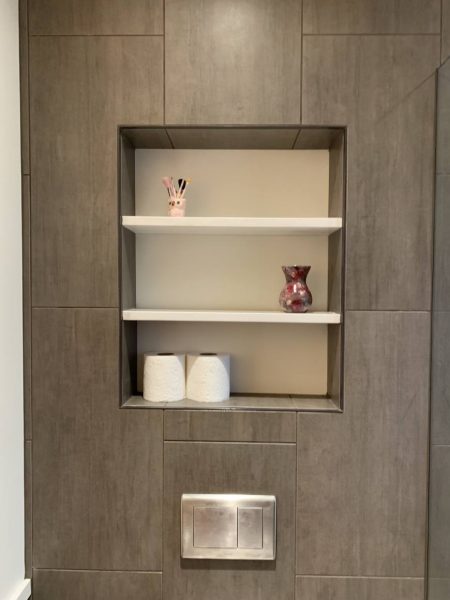 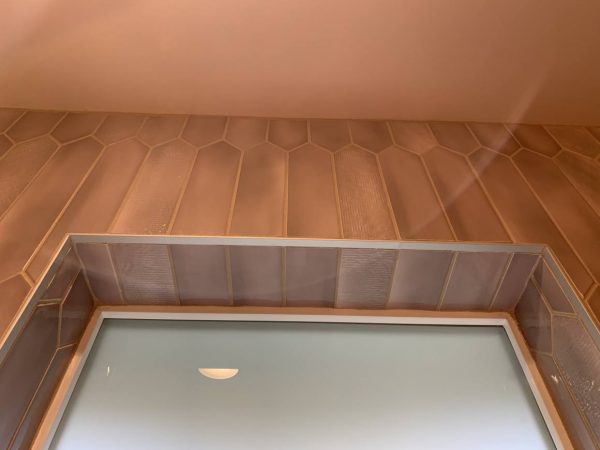 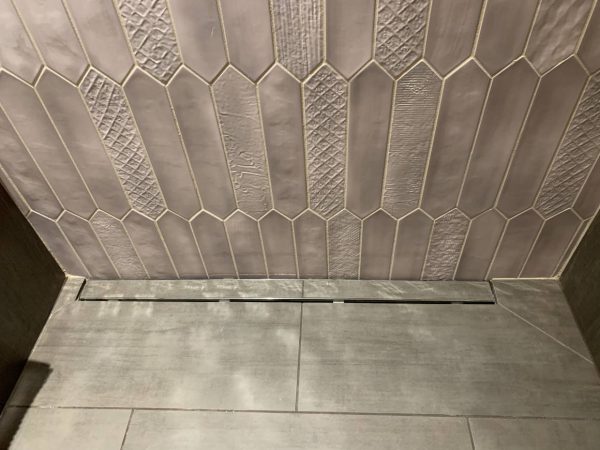 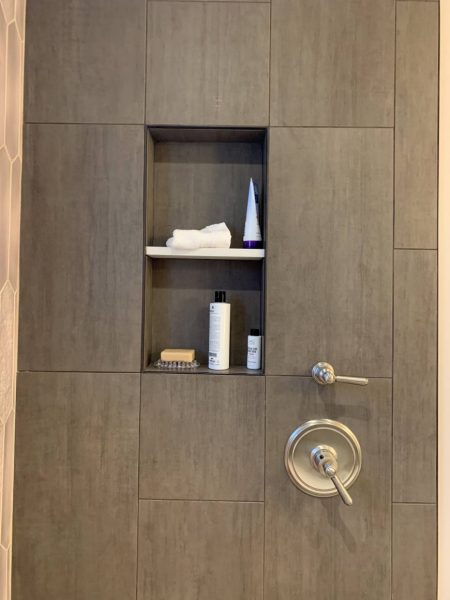 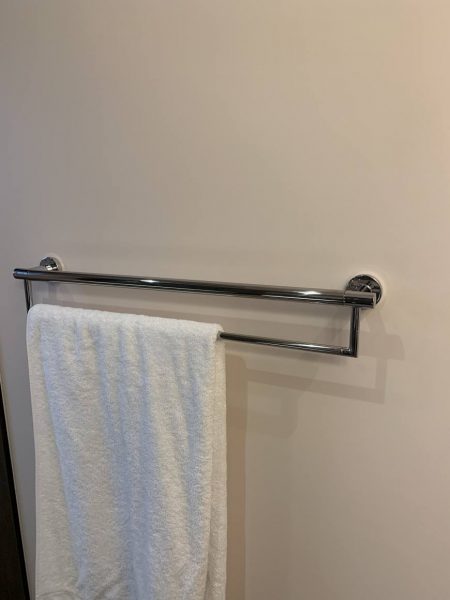 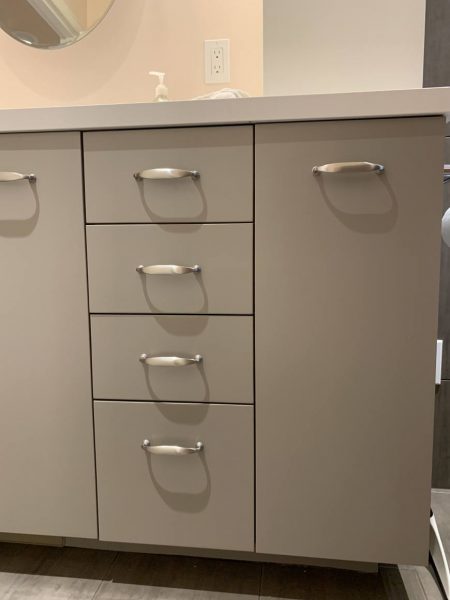 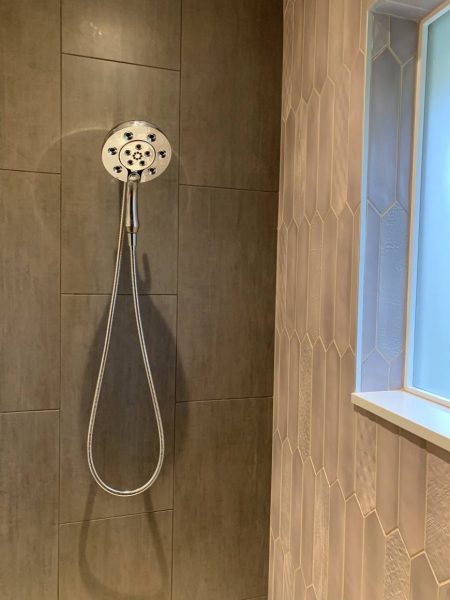 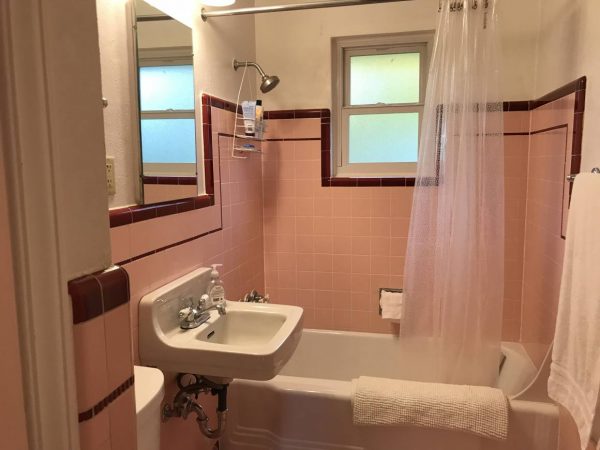 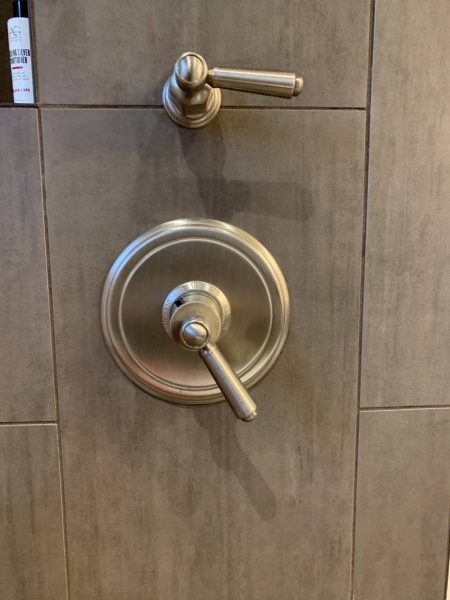 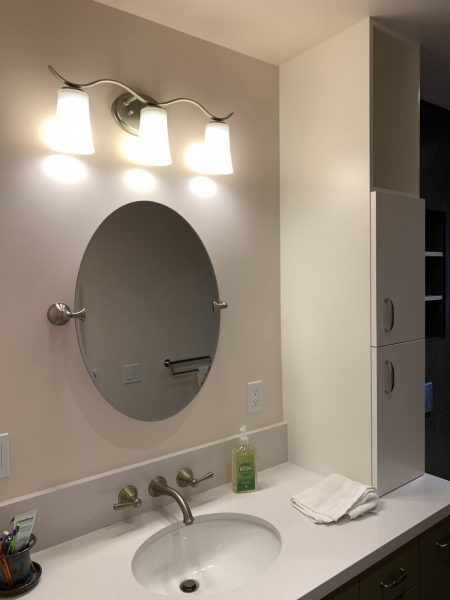 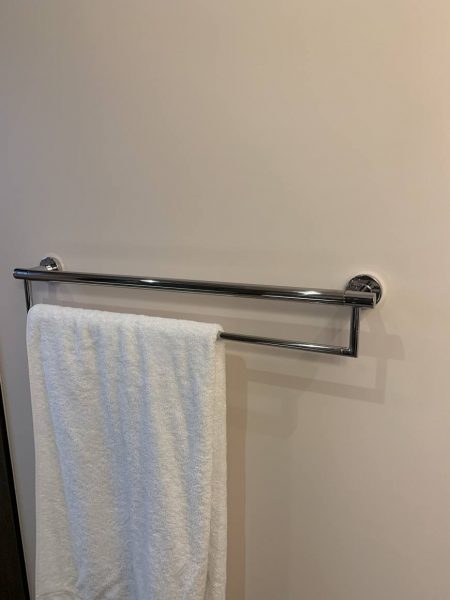 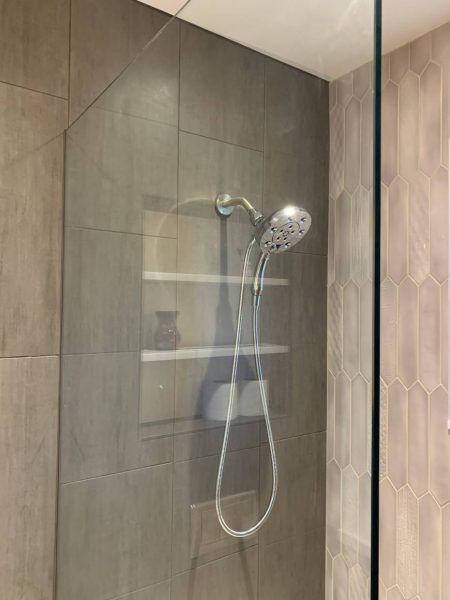 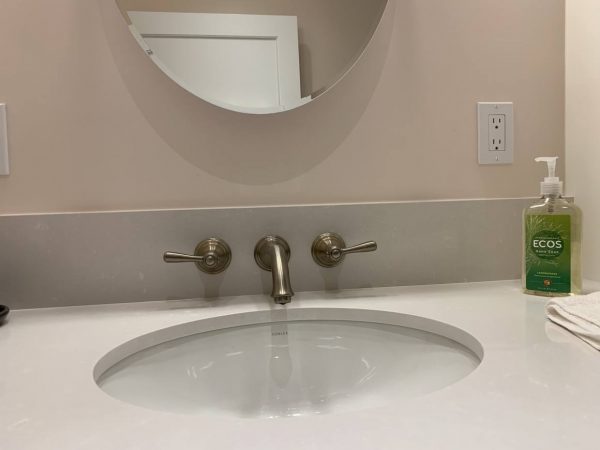 READY TO MAKE YOUR SPACE
all your own? 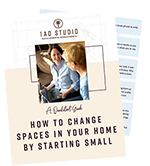 ENTER YOUR EMAIL TO Get YOUR FREE checklist on how to change spaces in your home by starting small.

You have Successfully Subscribed!